by Nadine Tchelebi and Christoph Freytag 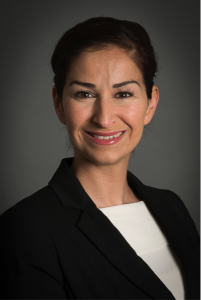 I have been curious about intergroup dynamics, particularly those that cause people to split into oppositions for a very long time now. By conscious choice, this interest has fuelled my PhD inquiry and consecutive research projects in the academic world, but unconsciously this phenomenon has been occupying me for the best part of my private life, too – maybe even since birth, given that the fall out between my mother’s and father’s families left me in a position where I embody the only connection – the ‘and’ – between their Us-Them parties. Additionally, being of Syrian origin and blood, but having been born and brought up in Germany, I learnt early to mourn the impossibility for understanding each other beyond the ‘us and them’ boundary caused by ethnocentric thinking on both sides, the Orient and the Occident. Only recently in my adulthood have I come to realise that by being who I am, by holding my multiple identities, by being able to tolerate and remain with the paradox of my senses of belonging to both Us and Them at the same time, I have got something valuable to offer to the world. 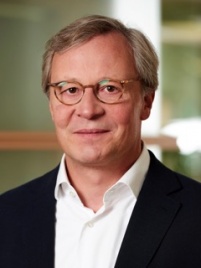 I was born in Bremen, Germany, in 1967. I am married and the father of three children. My professional qualification is a certified banker and economist. In 1995, I participated in a group relations conference by Prof. Dr. Burkard Sievers with the title “Trans-European Management”. Since 1996, my work has been centered around the topic of building sound financial institutions that service small and medium sized businesses in developing and transition countries. In this context, I worked five years in Russia, 2 years in Bulgaria and 1,5 years in Serbia. Since 2004, I live in Frankfurt am Main and oversaw consulting missions for banks in China, Central Asia, Turkey, Africa and Latin America.  Today, I manage ProCredit Bank AG in Germany.

For many years, it has been my desire to attend once more a group relations conference. In 2016, I participated in PCCA’s conference “A House Divided Against Itself? Identities and Cultures in Violent Conflict”, because I was additionally attracted by the topic of the conference. I witnessed the fall of the iron curtain as a very important event in my youth and became part of the transformation process that many eastern European countries embarked upon. However, I noticed during the last years growing nationalism, loss of “soft power” of the EU as well as of other institutions. Globalization, which to a certain extent is a pillar to many people’s well-being today, has been discredited. As a banker, I see here a connection to the financial crisis unfolding since 2007, and I am not sure if this crisis is cause or a symptom of the overall challenging situation.

The participation in the conference 2016 confronted me (amongst other) with the question, to what degree and how my own personal history is connected to my work and commitment towards Eastern Europe. The conference also confronted me with the problems around Jewish-German relations against the background of the ongoing so-called “refugee crises”, growing Islamism, terroristic activities of men referring to Islam belief and how these seem to create a demand to focus on and protect one’s one (cultural?) identity.

Again, like in 1995, I found the group relations conference format extremely powerful in making clear to (receptive) participants, that the problems in our world are very much related to our inner world. In a way, I found that the conference, its participants and the relations they were building (or not), a micro cosmos of the outer world with its problems. The conference staff also impressed me.

Therefore, I would very much like to find out, how I can support PCCA in its work towards developing strategies to engage with the internal legacy of past atrocities that can contribute to opening up the possibility of a more hopeful future. I am very happy and grateful for the invitation to join the meeting in Jerusalem this year and look forward to it.